Our group studies theoretical condensed matter physics with a particular emphasis on quantum effects in solids and novel phenomena arising from the quantum effects. Recent work includes transport phenomena and optical response in topological insulators/ semimetals, magnetic materials with skyrmion and other nontrivial magnetic states, and 2d materials including graphene and other van der Waals compounds. 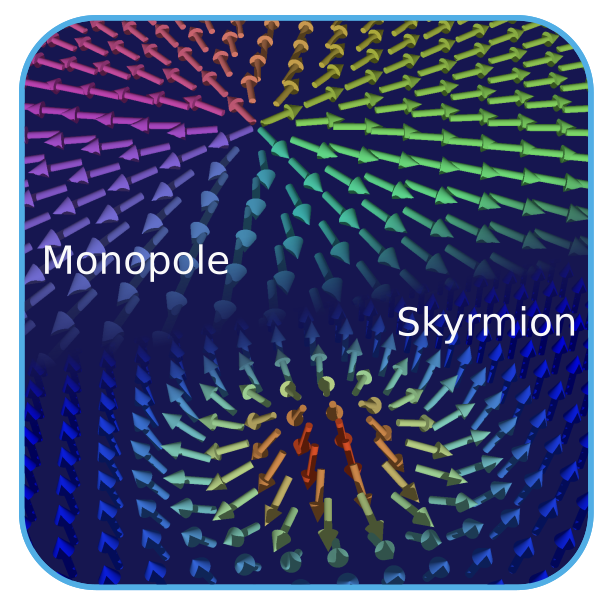 We show that the magnetic precession of ferromagnetic moments in a noncentrosymmetric magnetic Weyl semimetal induces an electric current through a mechanism analogous to the adiabatic charge pumping. The current is a consequence of a Berry phase in the momentum space resulting from the circular motion of Weyl nodes induced by the precession. This mechanism resembles the Faraday effect, namely, induced magnetic field by circular electric current; the circular motion of Weyl nodes induces magnetic charge current in the momentum space, which results in a Berry phase that describes the adiabatic pump. Experimentally, the phenomenon is similar to spin motive force, which is an electric current induced by magnetic precision in the presence of the spatial gradient of magnetization. However, unlike the conventional spin motive force, this current occurs without a magnetization gradient. The result demonstrates a nontrivial interplay between the topological electronic state and magnetic dynamics. 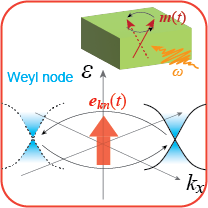 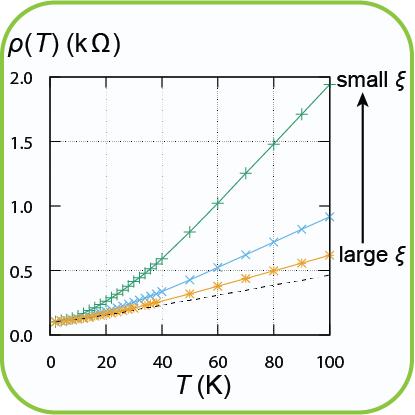 Cr trihalides are 2d magnets showing rich magnetic orders in atomically thin devices, such as ferromagnetic and antiferromagnetic orders, depending on the setup. In recent years, thin films of this material has captured interest from spintronics view point as they show rich transport behaviors related to the magnetism. In this work, we found that the Cr trihalides are an ideal candidate for studying magnon photogalvanic effect, the photocurrent of magnons carrying spin angular momentum. In particular, we develop a general theory for the photogalvanic spin current through a magnetic resonance process. Using the nonlinear response formalism, we find the nonlinear conductivity consists of two contributions that involve one and two magnon bands; the latter is a contribution unknown to date. We argue that the two-band process produces a large photogalvanic spin current in the antiferromagnetic phase of bilayer Cr trihalides. This work demonstrates a route to the studies on the photogalvanic effect of spin angular momentum in realistic materials. 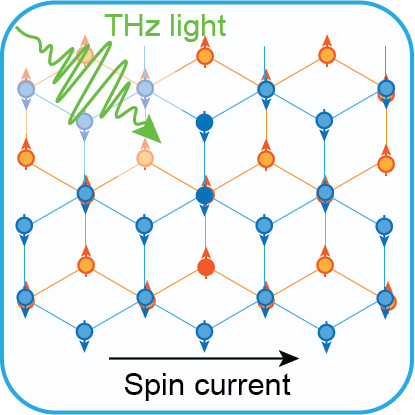 Shift current is a kind of photovoltaic effect seen in bulk materials. While this phenomenon was known for several decades, the phenomenon has recaptured interest from the viewpoint of perovskite solar cells and Berry phase. In recent series of works, we studied the photovoltaic effect using nonequilibrium Green's function method. We found that the shift current show distinct properties from the conventional electron transport, such as non-trivial position dependence [1] and formation of photocurrent in Anderson insulators [2]. These results are consistent with recent experiments (Tokura-Kanazawa group, Kawasaki group). 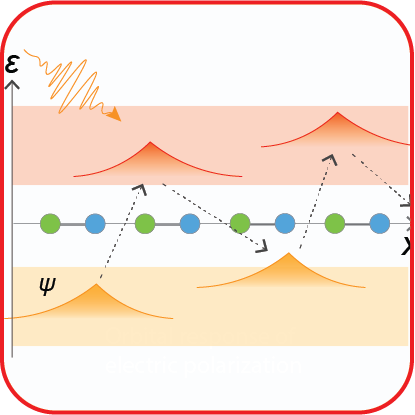 Nonlinear optical responses are often used as a probe for studying electronic properties. For the topological materials, studies so far focused on the photogalvanic electric current, which requires the breaking of inversion symmetry. In this work we present the theory for orbital current response in inversion-symmetric topological insulators. We find a symmetry-allowed orbital current response that occurs in centrosymmetric materials under illumination by the linearly polarized light. The sign of the dc nonlinear conductivity reflects the Z2 index and the conductivity changes the sign at the phase transition. We derive a general result, and discuss its application to Bernevig-Hughes-Zhang model and 1T' phase of transition metal dichalcogenides. Experimental setups for the observation of the orbital current are also discussed. 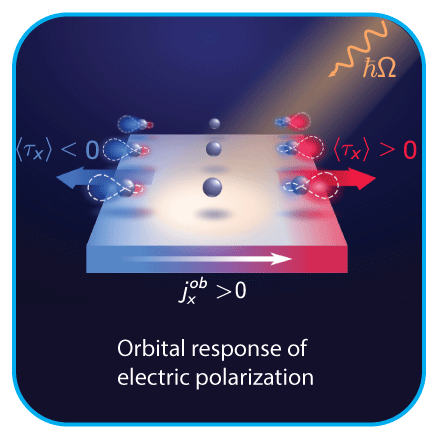 The efficiency of optical emitters can be dramatically enhanced by reducing the effective mode volume (the Purcell effect). Here we predict an analogous enhancement for electron-phonon (el-ph) scattering, achieved by compressing the electronic Wannier orbitals. Reshaping of Wannier orbitals is a prominent effect in graphene moire superlattices (SLs) where the orbitals are tunable by the twist angle. A reduction of the orbital effective volume leads to an enhancement in the effective el-ph coupling strength, yielding the values considerably bigger than those known for pristine monolayer graphene. The enhanced coupling boosts the el-ph scattering rates, pushing them above the values predicted from the enhanced spectral density of electronic excitations. The enhanced phonon emission and scattering rates are manifest in the observables such as electron-lattice cooling and the linear-T resistivity, both of which are directly tunable by the moire twist angle. 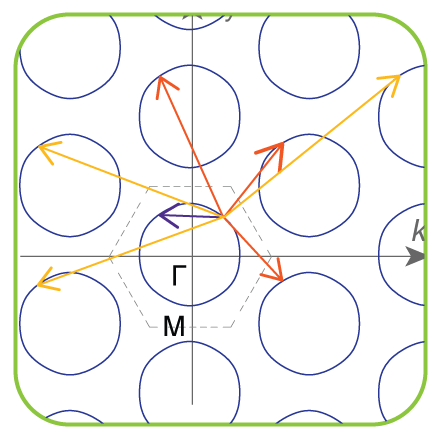 The non-collinear spin configurations give rise to many nontrivial phenomena related to the Berry phase. They are often related to the vector and scalar spin chiralities. The scalar spin chirality leads to the topological Hall effect in metals, while the vector spin chirality to the ferroelectricity of spin origin, i.e., multiferroics in insulators. However, the role of the vector spin chirality in conducting systems has not yet been elucidated. Here we show theoretically that the spin correlation with vector spin chirality in chiral magnets scatters electrons asymmetrically, resulting in nonreciprocal transport phenomena, i.e., electrical magnetochiral effect. This asymmetric scattering appears in the leading-order scattering term, implying a large nonreciprocity in the charge and spin currents. We find that the temperature and magnetic field dependence of the eMCE reproduces that observed in MnSi. Our results reveal the microscopic mechanism of eMCE and its potential in producing a large nonreciprocal response. 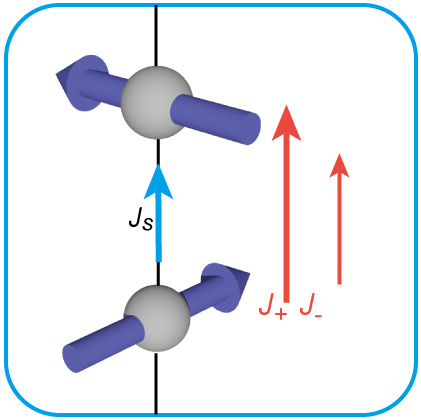 We theoretically propose a method of rectifying spin current with a linearly polarized electromagnetic wave in inversion-asymmetric magnetic insulators. To demonstrate the proposal, we consider quantum spin chains as a simple example; these models are mapped to fermion (spinon) models via Jordan-Wigner transformation. Using a nonlinear response theory, we find that a dc spin current is generated by the linearly polarized waves. The spin current shows rich anisotropic behavior depending on the direction of the electromagnetic wave. This is a manifestation of the rich interplay between spins and the waves; inverse Dzyaloshinskii-Moriya, Zeeman, and magnetostriction couplings lead to different behaviors of the spin current. The resultant spin current is insensitive to the relaxation time of spinons, a property of which potentially benefits a long-distance propagation of the spin current. An estimate of the required electromagnetic wave is given. 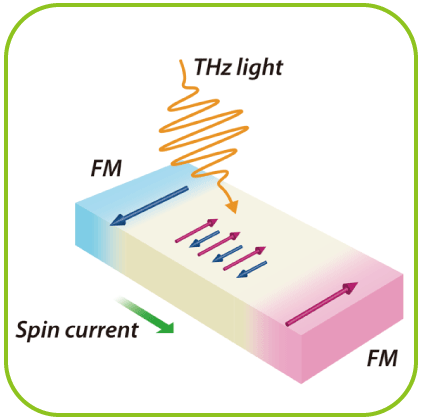 Electron scattering by impurities plays a central role in the transport phenomena. Non-magnetic impurities and randomness are the major cause of resistivity, and sometimes, electron scattering by multiple impurities brings about a nontrivial electronic states such as Anderson localization. In contrast, multiple scattering by localized moments were far less studied. In a series of recent works, we studied the Hall effect caused by multiple magnetic impurities. We find that the multiple magnetic scattering produces a Hall effect proportional to scalar spin chirality prominent in clean metals. We argued that the competition of spin Berry phase mechanism and multiple magnetic scattering causes a sign change of Hall conductivity with increasing temperature[1], an anomalous Hall effect that increases with increasing temperature [2], and large Hall angle reaching 0.1 [3]. These features are consistent with recent experimental observations, which have been known but remained a mystery. 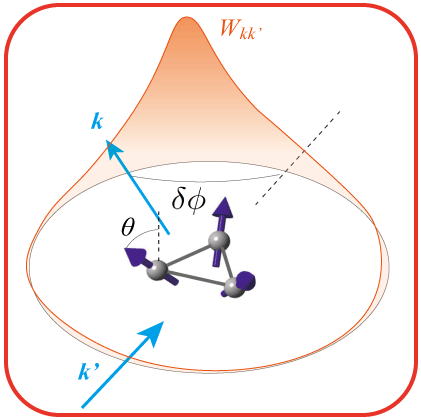